This past Sunday we were able to see the Jesús Nazareno de la Caída y Santísima Virgen de Dolores procession, one of the largest during Lent. We made our way in the direction of the procession after we arrived, not knowing how far along the procession was, beyond knowing that it was scheduled to start at 7:00 am.

The street started to get more crowded as we moved closer to the early stages of the procession route, so we finally decided to grab a spot to wait in the shade while the getting was still good, as the sidewalks were starting to fill up. At this point we had no idea how much longer we might be waiting until the procession passed.

After a while of incessant staring down the street on my part in an attempt to make out anything, DiploMom asked some men in purple robes near us if they knew when the procession would likely pass and they said it was a little behind schedule, but that it should pass within the next thirty minutes or so. Now having at least some reasonable idea of how much longer helped make the wait more bearable.

The anticipation in the air was thick and the streets were getting quite crowded. As we noticed people coming from the direction of the procession and no one else headed that way, we knew we had to be getting close. After some time, the advance elements of the procession ahead of the float began to arrive. 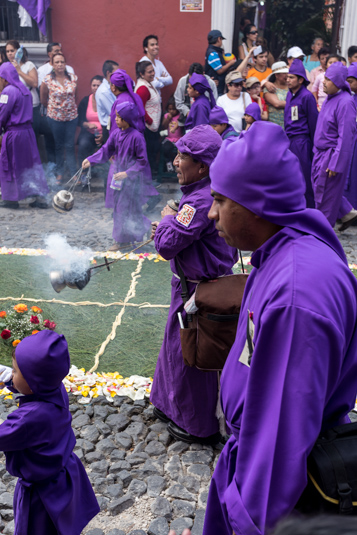 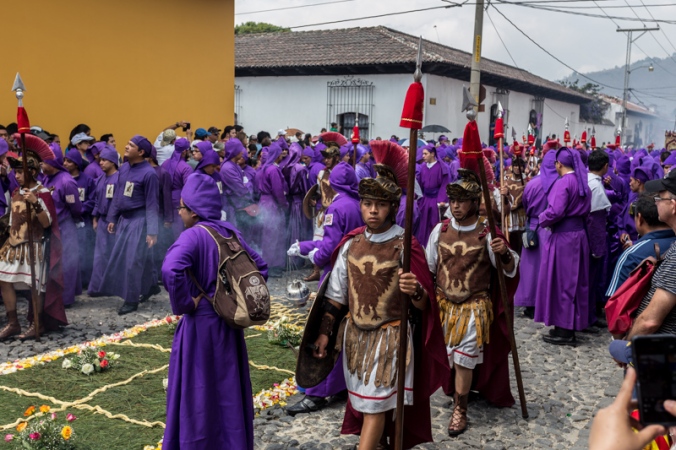 We could hear the bands from down the street, as well as see the smokey incense filling the air, so we knew we were getting close. Finally I was able to spot the approaching float above all the people, so we knew the arrival was imminent.

I knew to expect a very large float, but even knowing this, I was still amazed at the size when it finally arrived. 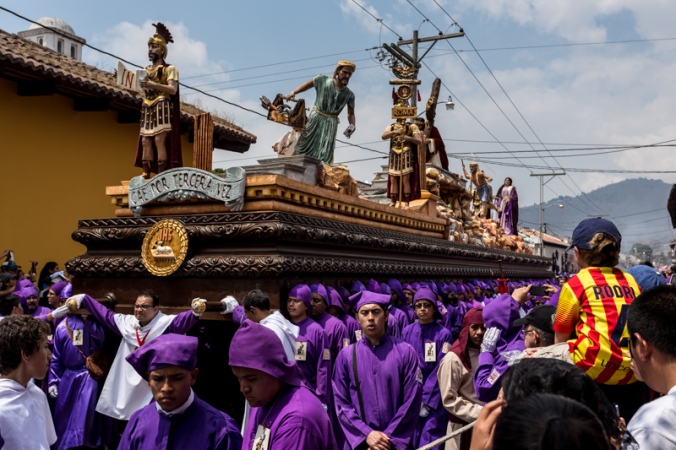 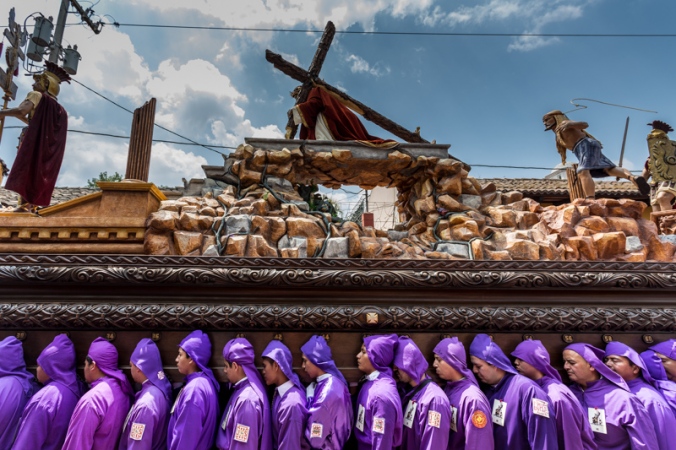 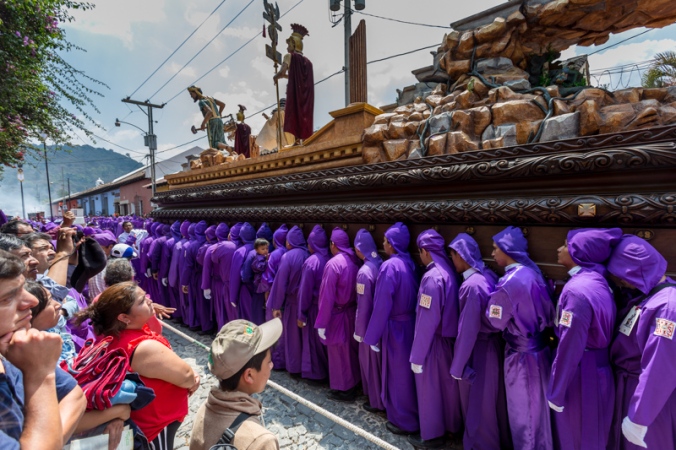 After the float has passed, followed by the band, I thought things were generally over, but apparently after the men, the women follow with a float of their own as well. 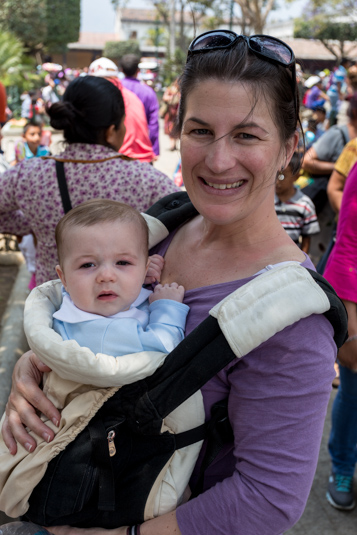 DiploBoy was a champ throughout. When all was said and done we had been in our spot waiting for about an hour-and-a-half, and we just knew he would start melting down just as the procession arrived. But, he did great and other than not being particularly pleased when the bands were playing right next to us, he didn’t get upset at all.

A big part of the festivities surrounding the processions in Antigua are the building of alfombras (carpets) in the streets along the procession routes. The alfombras are beautiful and very labor intensive, with people devoting many hours to their construction.

A base layer of sand is applied to the cobblestone streets, followed by a layer of pine needles. At this point, some of the alfombras will then be constructed with additional plants, flowers and fruits, while others will use colored sawdust and stencils to create intricate patterns and designs. I am most fond of the alfombras made with sawdust, but they are all beautiful sights to behold.

Since a procession can take anywhere from 12 to 18 hours, visitors will find the alfombras in various states of construction depending on where they are located on the procession route. When we arrived on Sunday, we headed in the direction of the procession and found mostly completed alfombras. After the procession we saw others underway at various other points along the planned procession route and many other streets still bare, since the procession was not going to arrive for hours and hours.

The alfombras were definitely one of my favorite parts of the experience. 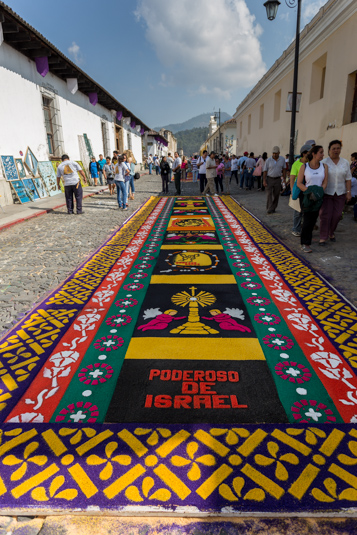 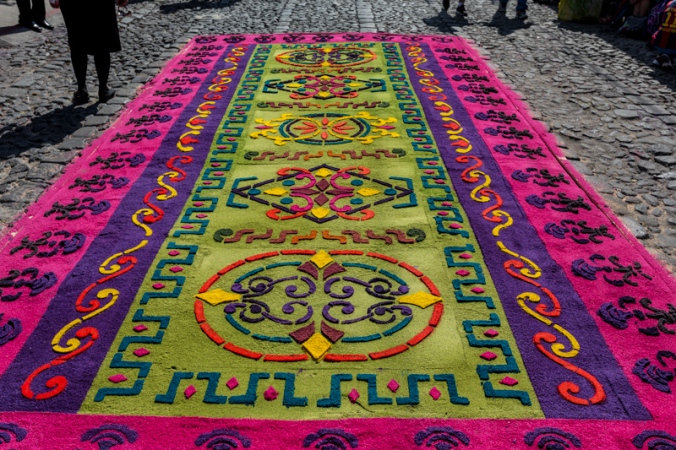 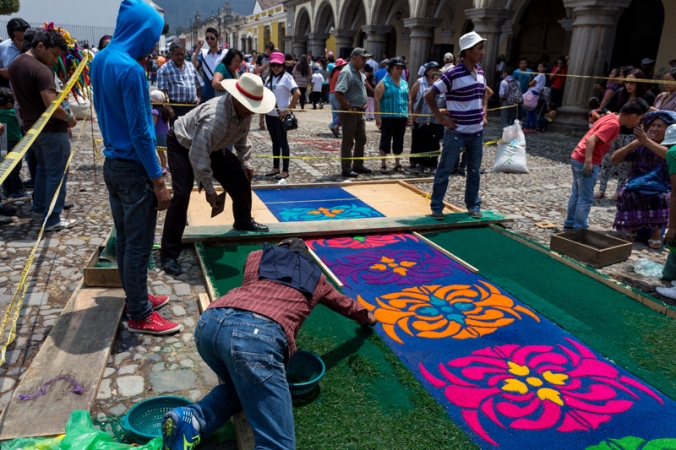 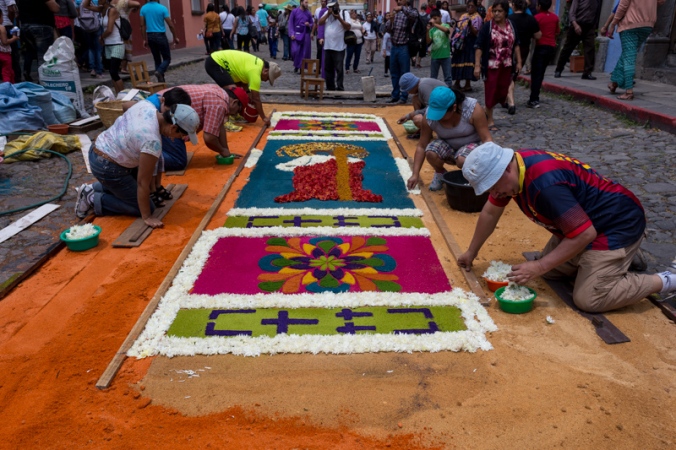 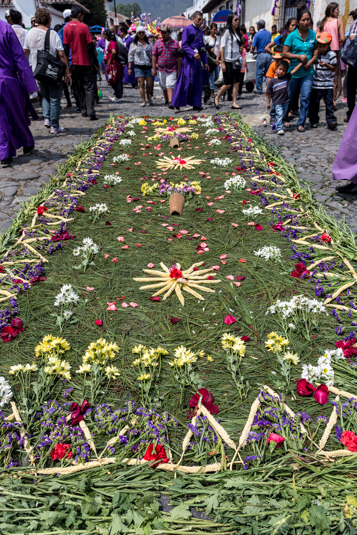 We ventured out to Antigua early this morning to witness one of the large Lent processions leading up to Easter. I’m working through all the photos, but here is a preview of things to come. 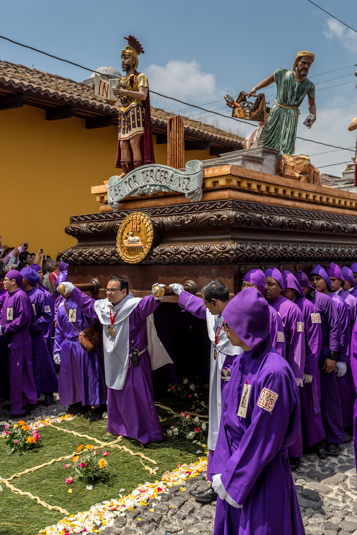 After finishing up our tour at Tikal, the group was able to wind down a bit before catching the flight back to Guatemala City in the town of Flores, a quaint little town on an island in Lake Petén Itzá. Flores was a great little town, one that I could have handled having a bit more time in, and I was surprised by how charming it was. It was a nice way to end the trip. 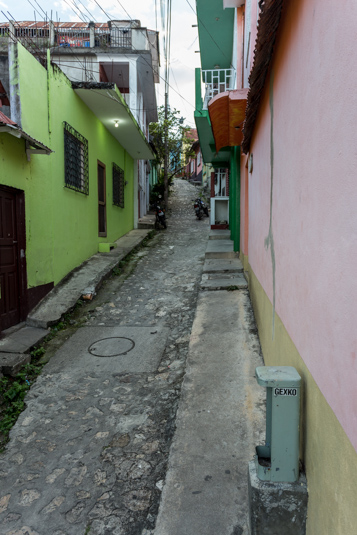 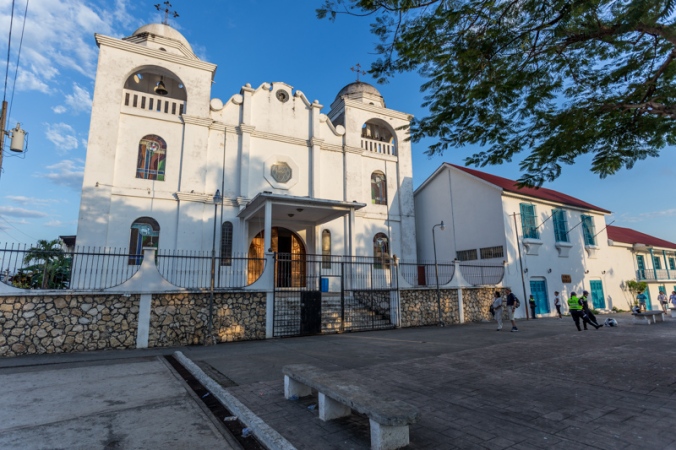 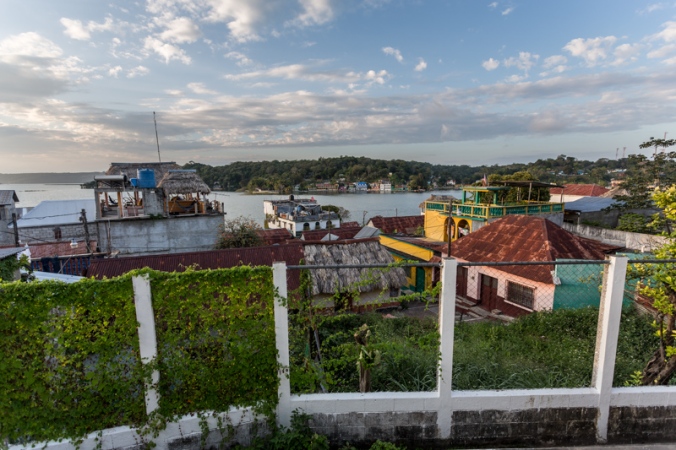 One of the items on our Guatemala bucket list was to make it to the Mayan ruins at Tikal. With my in-laws in town visiting, DiploMom was kind enough to send me off for a long day trip to see the ruins. One can drive an insane 10 hours to get to Tikal, or book a tour and take a 45 minute flight and have a turismo van and guide waiting for you and other passengers for the remaining hour drive to reach the ruins.

It makes for an early wake up call to catch the flight that leaves at 6:30 am and then a full day with a return flight around 8:00 pm, but all the effort is most definitely worth it.

Here is the Great Plaza, with views of Temple 1 and Temple 2 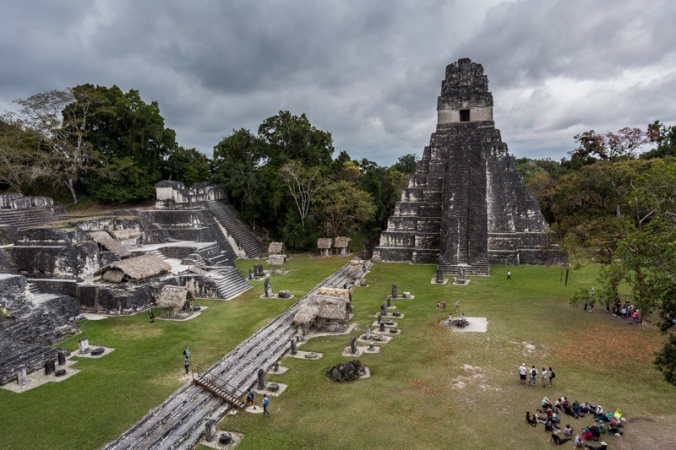 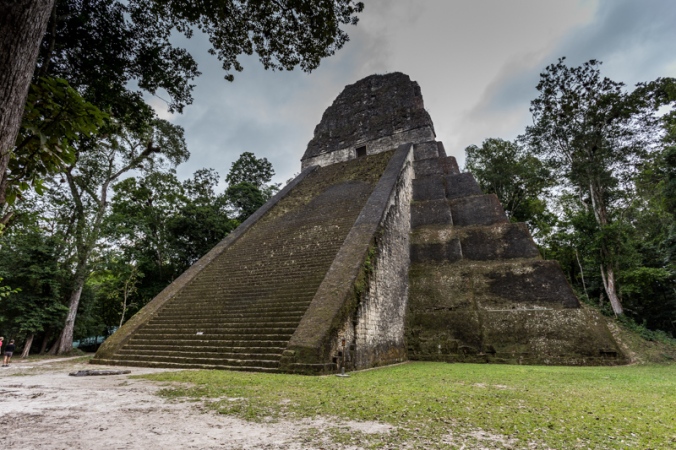 Views from the top of Temple 4 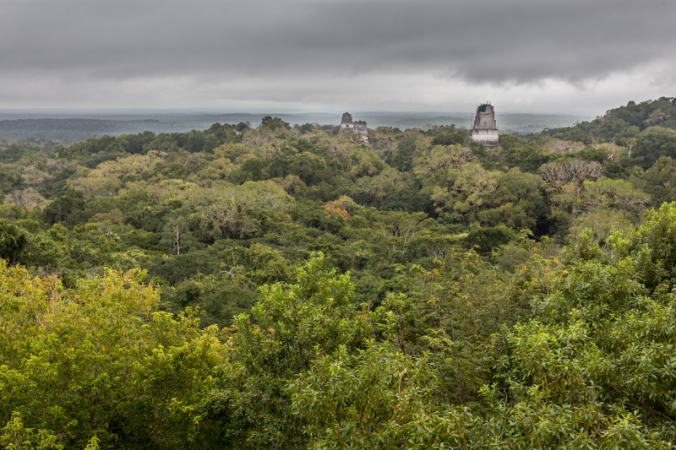 Plaza of the Seven Temples 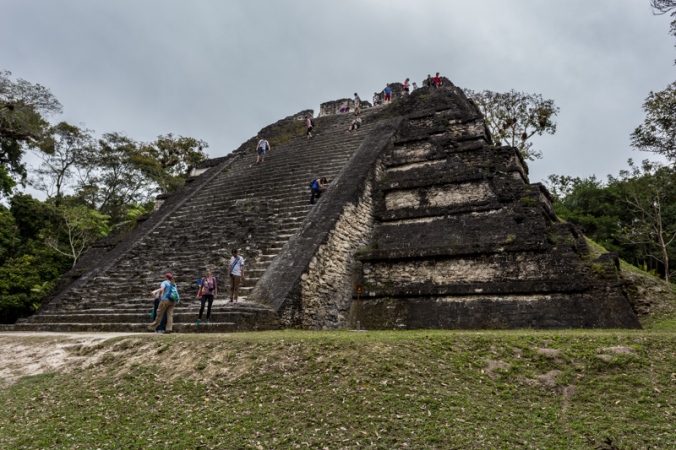 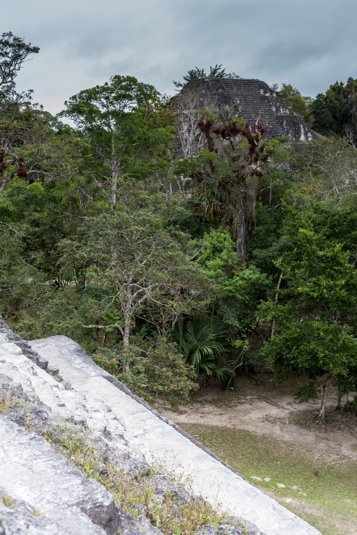